VAT in UAE to have limited impact on consumer goods, services 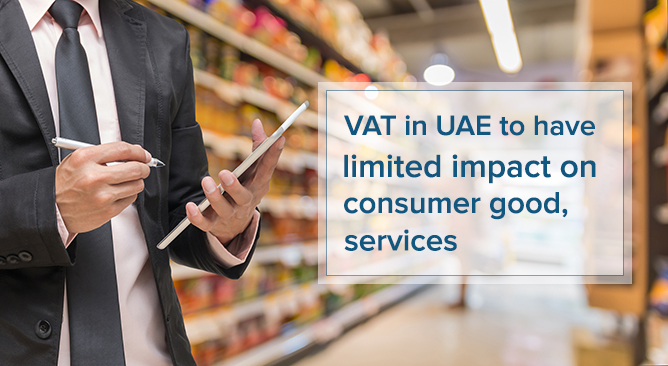 The implementation of five per cent VAT (value-added tax) in the UAE next year will have limited impact on the overall prices of consumer goods and services in the country, an official from the International Monetary Fund (IMF) said at the 2017 Arab Strategy Forum in Dubai on Tuesday.

In fact, the introduction of VAT in the UAE and the region in general will allow countries to diversify their economies and make them less dependent on the volatility of oil prices, according to Jihad Azour, director of the Middle East and Central Asia department at IMF.

Azour, who also served as Lebanon finance minister from 2005 to 2008, said the VAT in the UAE has high level of exemptions and comes at a time when the region is experiencing low levels of growth because of low oil prices since 2014 and the extension of OPEC (Organization of the Petroleum Exporting Countries) agreement on putting a cap to crude oil production.

The tax regime, Azour said, "will give countries with buffer funds like Saudi Arabia and the UAE the opportunity to lengthen their fiscal consolidation and structural reforms need to diversify their respective economies."

Azour also noted that the general economic outlook for the Arab world remains relatively subdued despite the strengthening global recovery due to low oil prices, regional insecurity and geopolitical risks that will have humanitarian and economic impacts in the region.

"The regional outlook is projected to slow down this year to two per cent from 3.3 per cent in 2016 largely because of the slowdown in the income of oil exporters," he said.

"Next year, growth is expected to increase to 3.1 per cent, mostly reflecting stronger domestic demand in oil importers and a rebound of oil production in oil exporters, with oil prices expected go up between $55 to $60 per barrel," Azour underlined.

According to Azour, the region has to create 16 million in the next five years to curb the growing unemployment rate in region pegged at 12 per cent with 30 per cent of the Arab youth unemployed.

"The focus should be on improving the level of education, building capacities and job creation. Jobs should not only be in the government but more importantly in the private sector, particularly from the SMEs (small and medium enterprises)," Azour underlined.